In California, under Vehicle Code section 23103 is known as a lesser offense than a DUI.

It can be defined as driving with alcohol. Although it sounds much better than a DUI, it can actually come with a lot of the same commitments laid out above i.e. alcohol classes, fines and fees, HAM & MADD, etc.

The only real difference is there is a slight change in the fees and costs, and it looks better on paper.

Victoria will work vigorously for you if charged with a “wet.”

The BAC limit in California is .08. Victoria will take all matters to trial if that is what the client wants, and she has many trials under her belt.

Many times, a prosecutor will back down when they see an attorney who is not afraid to go to trial. Victoria is that lawyer. 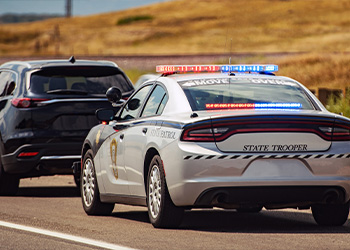 The short answer is yes, you may still get a DUI in California if your BAC is under the .08% limit. An individual is considered to be under the influence—regardless of the BAC—anytime they are no longer able to drive as well as a prudent, sober person under similar circumstances.

Victoria has tried cases that were .05% with good results.

Believe it or not, many cases settle in the middle of trial because that’s when the stakes are the highest for both parties.

The People have the burden of proof beyond a reasonable doubt or “BRD.” This is the highest standard of law in the entire legal system.

A jury trial in California consists of 12 members of a cross-section of the community. The vote must be unanimous, meaning, all 12 people must agree to vote not guilty or guilty. When the jury cannot agree, there is what is known as a “deadlock” or “hung jury.” The judge will generally ask the jury to “keep trying.” The jury usually will go back to deliberate to try and agree, but more times than not, the jury will come back and say that they couldn’t reach an agreement. Of course Victoria wants an acquittal, but a hung jury is also a good outcome, especially with misdemeanors because the People (prosecution) will generally not re-try the case once there is a hung jury. It is a great expense and takes time, money and resources to try for a conviction a second time. If the People do try the case again and the result is another hung jury, they cannot keep trying. It ends there.

If you choose to go to trial, Victoria will be by your side the entire time. Although she will be busy doing Voir Dire (choosing a jury panel), arguing motions in limine (motions to keep out evidence or motions to admit evidence that the prosecutor wants out of the case.) Making evidentiary objections during the People’s case in chief and of course, putting on a defense.

If the prosecutor wants to exclude certain evidence, that means that it hurts their case and will create weaknesses in their strategy.

Victoria doesn’t just fly by the seat of her pants. She has thousands of hours in the courtroom and knows how things work and she comes well prepared.

Victoria once had a prosecutor that wanted to open closing argument while the jury was deliberating!

She put on the record that “the prosecutor has had 3 years, 7 weeks of trial, as well as three days of deliberation to prove her case, she hasn’t done so!” Needless to say, it was an acquittal and closing argument was not “re-opened” (totally illegal!)