Many people in today’s world use DVRO’s for other purposes than actually needing a person restrained.

These are just a few reasons. If you think about it, I am sure you can imagine more reasons that a DVRO could give you a more favorable result or advantage in a situation that is contentious or tumultuous. 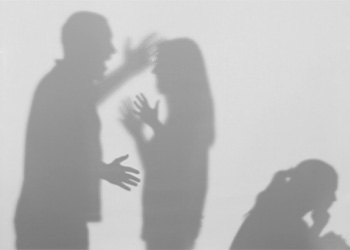 I have clients who have filed for a DVRO or a TRO because there has been actual domestic violence and they have been told by law enforcement to obtain a TRO or a DVRO.

They go down to the court without a lawyer and file a TRO, which is the temporary restraining order which precipitates the DVRO (the permanent one.)

On the day of the TRO, they completely abandon the hearing and decide not to show up because “they want the divorce to go smoother.”

Why? Well for one, you’ve just ruined your credibility with the court because it looks like it’s frivolous. Any attorney representing your partner will use it against you as well, that you abandoned the hearing.

2. You look like a complete flake and have put yourself into a weaker position because now if the other side files one (and they will) you will be the respondent instead of the petitioner, which is no bueno!

3. Any person experiencing domestic violence would not just not show up to court!!!

Maybe the domestic violence was from 6 years ago and now you want to mend fences (abandoning the hearing).

This is not the way to go about it. You have just lost credibility in the eyes of the court and any attorney your spouse or partner may hire.

WHAT IS MOST LIKELY TO HAPPEN NEXT?

You guessed it! The person you sought a restraining order against is now filing one against you!

That is right.. You planted the seed and gave them the idea so now they are taking your idea and using it to gain an advantage in their case.

Do you see what the other side just did?

They used your idea. To make matters worse, they hired an attorney (which was the right thing to do in the first place…) so now you hire an attorney—which, you should have done to begin with as well.

Many people think they can go on google and just google terms and that they will come across like an attorney. WRONG!!

Remember, attorneys have been through years of training and school and have spent countless hours in the courtroom doing contested hearings.

You don’t want to mess with something like a DOMESTIC VIOLENCE RESTRAIINING ORDER without an attorney. It is a contested hearing and you need someone who can be. Your advocate, who knows the rules of court and the rules of evidence, someone who has a backbone and can be on your side.

If you do this alone you WILL LOSE!!

Victoria has been around the courts for 19 years, she knows what she is doing.

Give her a call today to discuss your matter, IT’S FREE!