Below is a snapshot of a few results from 2021, so they are very recent. Due to attorney-client privilege, I am not obliged to provide names but the cases are fact-specific, and I am more than happy to explain the various outcomes and circumstances without giving you a name, hence, they will remain “anonymous” for the purpose of these short summaries. 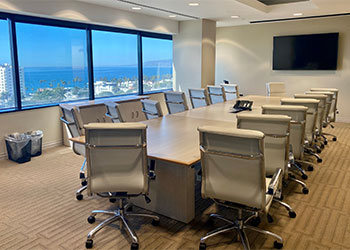 August, 2021: Felony embezzlement PC 504 - Airport court was able to get the case reduced, and felony restitution was over $150,000. Client happy with result.

August, 2021:Criminal Court's Building PC 459 - burglary case dismissed after a 995 motion was granted in client's favor. Fought this case for nine months and litigated several motions (motion to dismiss for lack of sufficiency of the evidence).

August 2021: Looting PC 496 Criminal Court's Building - judicial diversion. I had this case for a year and fought hard for this outcome. The people refused to let him earn a misdemeanor, but I went through the judge who listened to the mitigating factors in the case.

2020 case. Client had two counts prior to preliminary hearing. One of the counts was for perjury PC 136.1 (a felony/strike), the other was for vandalism, PC 594. Victoria got the perjury strike thrown out at preliminary hearing and was able to resolve the felony vandalism through restitution. She then wrote a petition to dismiss the conviction, which was expunged. Bangz has no record as of 2021! He owns his own business and is a success story!